Actor Michael Sheen has called on the media industry to create options and opportunities for aspiring writers and journalists from lower income and under-represented backgrounds. Today he announces 11 new writers who will be supported by A Writing Chance, a positive intervention to a persistent industry issue that sees 75% of journalists come from the highest social groups.

A Writing Chance is co-funded by Michael Sheen and the Joseph Rowntree Foundation with support from the New Statesman and Daily Mirror. The UK-wide initiative is delivered by New Writing North with research from Northumbria University.

The project is designed to discover new talent, support new writers, and prise open an industry which remains difficult to access.

Through the project’s research strand led by Northumbria University, it also seeks to better understand the barriers to success faced by aspiring writers from a broad range of backgrounds who are under-represented in the industry and to empower publishers and editors to make space for a greater range of experiences and perspectives on their pages.

Eleven writers were selected for A Writing Chance from 750 applicants. They will each receive one-to-one mentoring with an established writer or journalist, a £1500 bursary, insight days with media partners, and publication or broadcast of their work.

The project was instigated by Sheen inspired by the successful Common People anthology of working-class writers in 2019, which profiled and supported new writers alongside established names and which created debate within the publishing industry about representation.

I’m delighted to be a part of this project. I’m a writer and therapist, I write narrative non-fiction at the intersection of creative arts, social justice and marginalised bodies. I live in Wales with far too many books and am passionate about essay forms and therapeutic journalling.

“The talent among our 11 writers is phenomenal. Combined with the diversity of their voices and at times revelatory points of view this is a real powerhouse of a group. They go way beyond the hopes I had for this project and make me so excited for not only what they themselves will go on to achieve but also the countless other yet to be discovered voices across all our communities.” said Michael Sheen.

Get my monthly Postcards From The Margins, monthly e-letters packed with resources, support and creative fuel. You’ll also get my Pre-Appointment Pep Talks, 10 days of support to do hard things that make a difference. 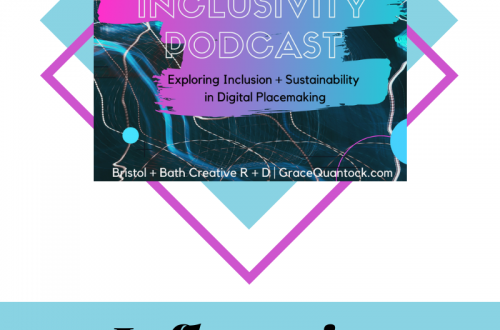 Embracing Ourselves, One Pen Stroke At a Time